There is a trendy-yet-obscure strategy which branders and corporate think-tanks keep up their sleeve: If you can’t meet competition, buy out the competition!

In a far-reaching attempt to redefine the competitive milieu of Silicon Valley, social networking giant, Facebook has expressed its assent to buy instant messaging service WhatsApp for a bulky USD 19 billion. In accordance with the terms of the deal, WhatsApp co-founder and CEO, Jan Koum will join Facebook’s board, and Facebook Inc. will endow a supplementary USD 3 billion worth of restricted stock units to the creators of WhatsApp.

WhatsApp, over half the bygone decade, has matured into a smartphone messaging service utilized by nearly a half-billion people, most of them belonging to the category of 16-30. It is reported to have more than 450 million users and is said to handle in excess of 10 billion messages daily.

By blending text messaging and social networking services, these messaging apps such as WhatsApp (and a host of other rivals such as WeChat, Hike or Line), paved a brisk avenue for smartphone users to trade everything from concise texts to coquettish or kittenish pictures to YouTube clips. This thwarted the business of wireless carriers, who we had to pay for their messaging services. Quite visibly, it was eating into the market of Facebook, where people logged in to update their profile pictures, share photos. The popularity of ‘WhatsApp Status’ was racing ahead of the once-favoured ‘Facebook Status Update’.

Smartphones are hot. These smartphone-based messaging apps are now percolating through the hands of the majority of the youth, across North America, Asia and Europe at a lightning pace. I refer to the youth, primarily because this service is used largely by this category of people. Naturally, the youth will relinquish their use of mainstream social networks (Facebook Messenger) and opt for WhatsApp, since they are more convenient, fast.

In many ways, I agree that this move will firmly reposition and reinforce Facebook, right back into the heart of their users’ lives. It would, once again, be able to take on board, the castaway youth, who had been drifting away from ‘The Social Network’ in favour of WhatsApp and other instant messaging services. It was not an unexpected move, but a cleverly chalked out move, which would reinforce both brands concurrently.

Mark Zuckerberg, Facebook’s founder and chief executive, said the two companies would work together “to make the world more open and connected”.

Penny for your thoughts... Cancel reply

looking for something, mate?

probing into the intricacies of marketing 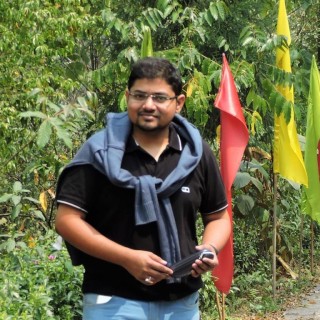